Well, this is coming embarrassingly late. Every year in the first couple of weeks of January I do a review of the previous year. Needless to say I’m late with my “2016 in Review” but better late than never. I’m so grateful for all the opportunities I had last year, for the people that I met and things accomplished. It was an intense year of hard work. My yearly summaries are mostly for me. It’s a way for me to archive what took place that year and a reminder to also be grateful for all that I got to experience. Life is such a precious gift and I am grateful for it.

In January, I conducted my largest retreat to date. 43 people from various countries gathered for Enstasy, a Meditation Confluence, in Kerala, South India. It truly was a special event and I was blessed to have some of my dearest friends come and teach and help me run the retreat. It was a life-changing experience for me.

In February, my wife and I along with a small dedicated team of locals worked tirelessly for 3 weeks to lay down 1,000 feet of irrigation and oversee the drilling of a 28 meter deep well at Siva Ashram, our spiritual sanctuary in Costa Rica.

In April, I launched my first online course after working on it for 18 months. The 12-week course is on mastering the mind and learning to meditate.

In late May and June, I spent 3 weeks in Costa Rica. The first week was spent looking for and buying trees and plants for Siva Ashram. The following 2 weeks, my wife and I and four hard-working locals planted 780 plants and trees. In addition to this we:
– cleared the side of a hill of weed trees and replanted it with some of the native trees we had purchased.
– designed and built a palm jungle and planted it
– planted red and white bougainvillea along our northern fence line — The colors represent Siva (masculine) and Shakti (feminine).
– hired a backhoe and oversaw the building of a service road along the southern hillside of the ashram
In was an intense 3-weeks but we accomplished more than we ever had in the past. This was our third planting since acquiring the land and we have now planted over 1,000 plants and trees.

August to November was mostly spent speaking with two trips to Australia, two to Europe, one to Africa and a few domestic cities all in 3.5 months. I was blessed to have met so many wonderful people in my travels and to have had the opportunity to share what I have learnt with thousands of people. Among the highlights, I was honored to be chosen as the Global Keynote Speaker for Xero and spoke at their global conferences in the US and Australia. I was equally honored to be invited back to Trivago in Dusseldorf, this time to conduct 3-full days of workshops with their team.

In September, I finally visited Africa. I spoke to the Entrepreneurs Organization (EO) chapter in Nairobi. After that event I fulfilled a long dream of mine to do a safari in Africa. I spent 4-days in the Naibosho Conservancy and had an absolutely fabulous time. I was also blessed to see part of the Great Migration.

In October, I conducted a retreat at a beautiful old castle in Spa, Belgium with a group of entrepreneurs. It was a private event I put together to dive deep into some of the things I have been teaching with a few individuals that have been studying with me for a while. I really enjoyed the event and will consider doing more of this.

In November, I probably did the most intense speaking tour that I have ever done. I covered London, Paris, Boston, New York, Dubai, Sydney, Melbourne and Perth in 14 days. I was also honored to be invited back for a third time as a keynote speaker at Commonwealth Bank of Australia’s Wired for Wonder event.

In December, I slept in. And worked on my yearly clean-up routine.

New countries I added to my list of places visited in 2016: Belgium, Kenya and France. Other first time locations: Maui, Puerto Rico and Raleigh. Among other highlights: Watching Adele live at Madison Square Garden. Watching Barcelona take on Borussia in Mönchengladbach.

So many people and things to be grateful for. Group photo on the last day of Enstasy, our Meditation Confluence in Kerala, South India. 46 pilgrims from all around the world gather for Enstasy in Kerala for a live changing journey. The team that planted 780 plants and trees. It could not have been done without them. Back in Hawaii again after 8 years. Shot this on the Big Island. Photographing at the Naboisho Conservancy in Kenya. My interview on LondonReal with Brian Rose. 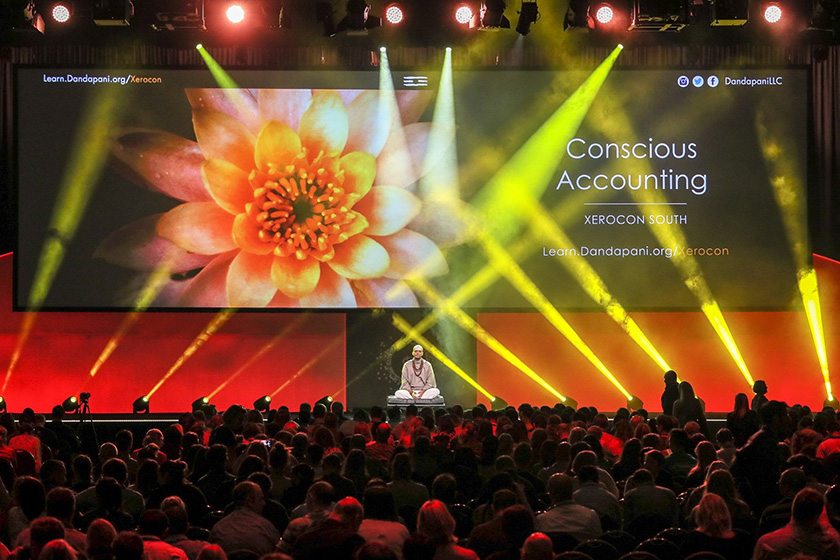 Giving the opening keynote at Xerocon South in Brisbane, Australia.

What changed my life forever!

I’ve been blogging weekly for a long time though in the last few months I’ve only posted a handful of them. The reason for this is that I’ve been completely immersed in the creation of my book, The Power of Unwavering Focus.  I first started working on it around four years ago and I’m proud…

This week’s post is different from the ones I have posted in the past. I want to bring your attention to my YouTube channel. Many of you may not be aware of it but it is a place that I upload videos to every week.  You’ll find a little over a hundred videos on the…

It’s been 5-months since I sent my last blog post. I was not planning for such a long hiatus from this but moving my family to Costa Rica from the US during a pandemic has been quite all-consuming and at times a little crippling.  Thank you to those of you who have checked in with…